Responding To: Week 12: Clash of Civilizations?

Sam Huntington’s Clash of Civilizations thesis, though flawed, provoked international affairs specialists to see world politics in new ways. In particular, it roused new interest in religion and culture as factors in conflict. On the role of religion in international politics, the serious work came from others like Douglas Johnston, Cynthia Sampson, Jean Paul Lederach, and Daniel Philpott.


Violence along the Sunni-Shi’a Divide
When it comes to Islam, there’s been much criticism about Huntington’s thesis inflaming Islamophobia, because of its emphasis on the tension between Islam and the West. But the more evident problem is Huntington’s blindness to fissures within Islam, beginning with the failure to recognize the Sunni-Shi’a divide. When it comes to religious conflict, everywhere in the Muslim world the Sunni slaughter of Shi’a and other Muslim minorities, including pacific adherents like the Sufi, outweighs the toll of other victims, though in a post-U.S. Iraq, Sunnis have repeatedly been the victims of Shiite militias.

The Sunni-Shi’a divide is found in the growing conflict in the Gulf between the Saudis and the Iranians and strategic differences between the Saudis and Iraqis on how to combat the Islamic State. Similarly, Huntington’s homogenous view of Islam overlooks the more specific sources of jihadist violence in tribal Islamic societies.

The jihadist terrorist threat comes in two forms. The first is the brutally militant variety we see in the Islamic State (ISIL), al-Qaeda, al-Shebab, and Boko Haram. The second, more insidious form, is found in the missionary Wahhabism generated in Saudi Arabia.


The Desert Experience
In recent years, as the Houthis have swept over Yemen, as the Tuareg rebellion overran northern Mali for a time, ravaging Timbuktu, as Boko Haram terrorized northeastern Nigeria, I have thought of the waves of puritanical North African marauders who overran al-Andaluz, the medieval Muslim caliphate of Cordoba, imposing increasingly rigorous versions of Islam on the tolerant, cultivated life pioneered by the Umayyad caliphs.

What today’s modern Muslim movements have in common with Almoravids and Almohads, both Berber federations, is that they are rooted in less literate tribal groups on the periphery of Muslim society, whose tribal values conflict with those of Muslim city-dwellers. Boko Haram, whose name literally means “Western Education is Forbidden,” embodies this rural religious and cultural hostility to settled, cultivated peoples. The harsh desert life and endless tribal warfare fosters militant, ascetic, xenophobic reformers.

In The Thistle and the Drone: How America’s War on Terror Became a Global War on Tribal Islam Akbar Ahmed has examined this scenario with respect to his native Pakistan and especially the mountainous tribal region of Waziristan. In pointing to the tribal origins of today’s Islamic radicalism perhaps Ahmed comes closer to identifying the sources of contemporary jihadist violence than Huntington did in his clash between the West and the Rest.

How the world can respond to tribalist jihadism is a difficult issue. Undoubtedly, policing by the military will be necessary to protect neighbors from groups like ISIS and Boko Haram, and it may be necessary as well to suppressing those forces. But, in the end, military defeat will not overcome the temptation to radicalism from tribal areas. In the long run, cultural and religious methods will be better suited to neutralizing the threat of tribal jihadism in the long-term.

The Saudis have had considerable success with de-programming radicals from their own society, even as wealthy individuals within the Kingdom support that radicalization elsewhere. How such de-programming could be adapted to jihadis from more remote areas, the Tuaregs in Mali, the Houthis in Yemen, or the tribals in Waziristan is hard to imagine. Could there be a present-day Abdul Ghaffar Khan, the Muslim Gandhi, who preached nonviolent struggle India’s Northwest Frontier against the British Raj? It doesn’t seem likely, but a long term peace depends on finding just such a dramatic alternative.

The threat of Saudi funding of missionary jihadism, however, is a different and even more, intractable long-term threat. The spread of radical Islam rests on Saudi support of koranic schools and the establishment of Wahhabe mosques around the world.

Could the educational mission be turned to include broader forms of secular learning, a solution that seems antithetical to Wahhabism? Can the funding sources be cut-off? Could the Saudi Kingdom be effectively sanctioned for exporting this xenophobic-style of education? Probably not. But overcoming jihadism without addressing the challenge of missionary Wahhabism does not seem possible. In that respect, U.S. anti-terror policies are totally inadequate, and as a result even coalitional military ventures are likely to prove futile with only fitful, temporary successes.

Drew Christiansen, a Jesuit priest, is Distinguished Professor of Ethics and Global Development at Georgetown University and a senior fellow with the Berkley Center for Religion, Peace and World Affairs

The Play’s the Thing 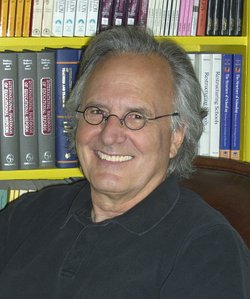 Is Grand Theory Too Grand?