The debates about violent extremism these days seem to drown out the issues of global poverty and social justice, though inklings of links appear from time to time. It’s vital that we refocus on the poverty and social justice agendas. To do so we need both to probe and explore more deeply the complex links between poverty and extremism, and make absolutely sure that vital long term issues like poverty, gender equality, and climate change that touch everyone's lives are front and center.

Many voices are venturing diagnoses and cures for the modern hydra we term violent extremism. The threats of ISIS, Boko Haram, extreme Hindu nationalists, and Buddhists pressing violence disrupt life and development in many parts of the world. And they capture media attention far more readily than any technical or even moral call to end poverty or address inequalities.

Diagnoses and prescriptions to counter extremism come across as something of a cacophony. Some arguments focus on seeking out and destroying the combatants, despite a lurking fear that as each fighter dies another take his place. Others look more to the ideologies that we glimpse, apocalyptic and other visions. What is really the vision for a peaceful world and how can we get there? The nagging question cries out: “what has religion to do with this contemporary violence?” What alternative vision and religious interpretation can reach those tempted by the visions that extremist put forth?

The complex links between extremism and violence and poverty must begin with the clear recognition that most extremists are not poor and very few poor people drive extremist movements. Nonetheless, a host of phenomena lumped together as “root causes” are clearly involved. Fighting terrorism must acknowledge deep-seated concerns about injustice and misery that account for much of the anger that fuels extremism. Poverty, disease, hunger, repression, corruption, and breaches of human rights are all part of these root causes. And therefore they must be seen as a central part of the solution. In short, the debates about violent extremism add new urgency and new nuance to our concerns about working for a better and more just world.

This semester, Georgetown University has worked in partnership with senior leaders of the World Bank to explore a broad agenda: working to end poverty and advance shared prosperity. In a series of lectures, President Jim Kim and Chief Economist Kaushik Basu address the economic and moral imperatives for fighting poverty and inequality. They have yet to link these development imperatives with nagging concerns about the root causes of brutal violence, but it is nevertheless clear that the two are closely bound.

Dr. Kim on January 27 took the Ebola crisis as a case study of how insufficient ambition, preconceived ideas, and bureaucratic failures stand in the way of addressing the plight of poor communities. A preferential option for the poor demands better, more imagination, stronger partnerships, and above all a drive that needs to come from broad social mobilization.

Kaushik Basu, in his lecture on global economic trends, pointed to “shared prosperity” as a priority goal for the World Bank. The emphasis not just on extreme poverty, but also on inequality, echoes Kim’s emphasis on the global common good.

Since early January, a group of faculty, practitioners, and students from India, Ghana, Mexico, Vietnam, Bangladesh, Australia, Australia, Guatemala, Germany and the U.S. have reflected on priorities for global development and responded to Kim’s and Basu’s lectures. Taken together, they point to wide ranging issues: inequality, injustice, oppression of women, and the importance of education, technology, and other paths towards solutions. In the coming weeks, these bloggers will take on other topics, including the recurrent theme of violence against women, the imperative of fighting corrupt practices, integrating a respect for religious freedom in approaches to development, setting high standards for universal education, and making the common appeal to empowerment and respecting diversity mean something tangible and real.

We welcome your comments!

Jim Kim’s next lecture in the Global Future of Development Series, on March 18 in Georgetown’s historic Gaston Hall, will address climate change. It will be webcast for an international audience.

Development in the Face of Violence 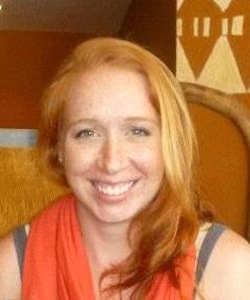 The Ramifications of Ignoring Poverty 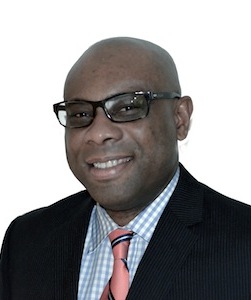 Group Storming: The Eco-chamber of Jihadism and Poor Governance 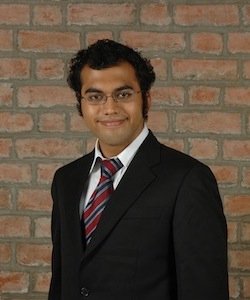