Margaret Chan, director-general of the World Health Organization, reflected on the complexity of today’s public health challenges and the corresponding need for effective global governance structures. She shared expert insight on topics ranging from Ebola and emerging health threats to the new poverty map and the future of public health in the era of sustainable development.

Dr. Chan's remarks were part of a semester-long conversation about "The Global Future of Governance" convened by Georgetown's Global Futures Initiative.

Dr. Chan, from the People's Republic of China, obtained her medical degree from the University of Western Ontario in Canada. She joined the Hong Kong department of health in 1978. In 1994, Dr. Chan was appointed director of health of Hong Kong and, during her nine-year tenure as director, effectively managed outbreaks of avian influenza and of severe acute respiratory syndrome (SARS). In 2003, Dr. Chan joined WHO as director of the department for protection of the human environment. She was elected to the post of director-general in 2006 and appointed for a second five-year term in 2012. 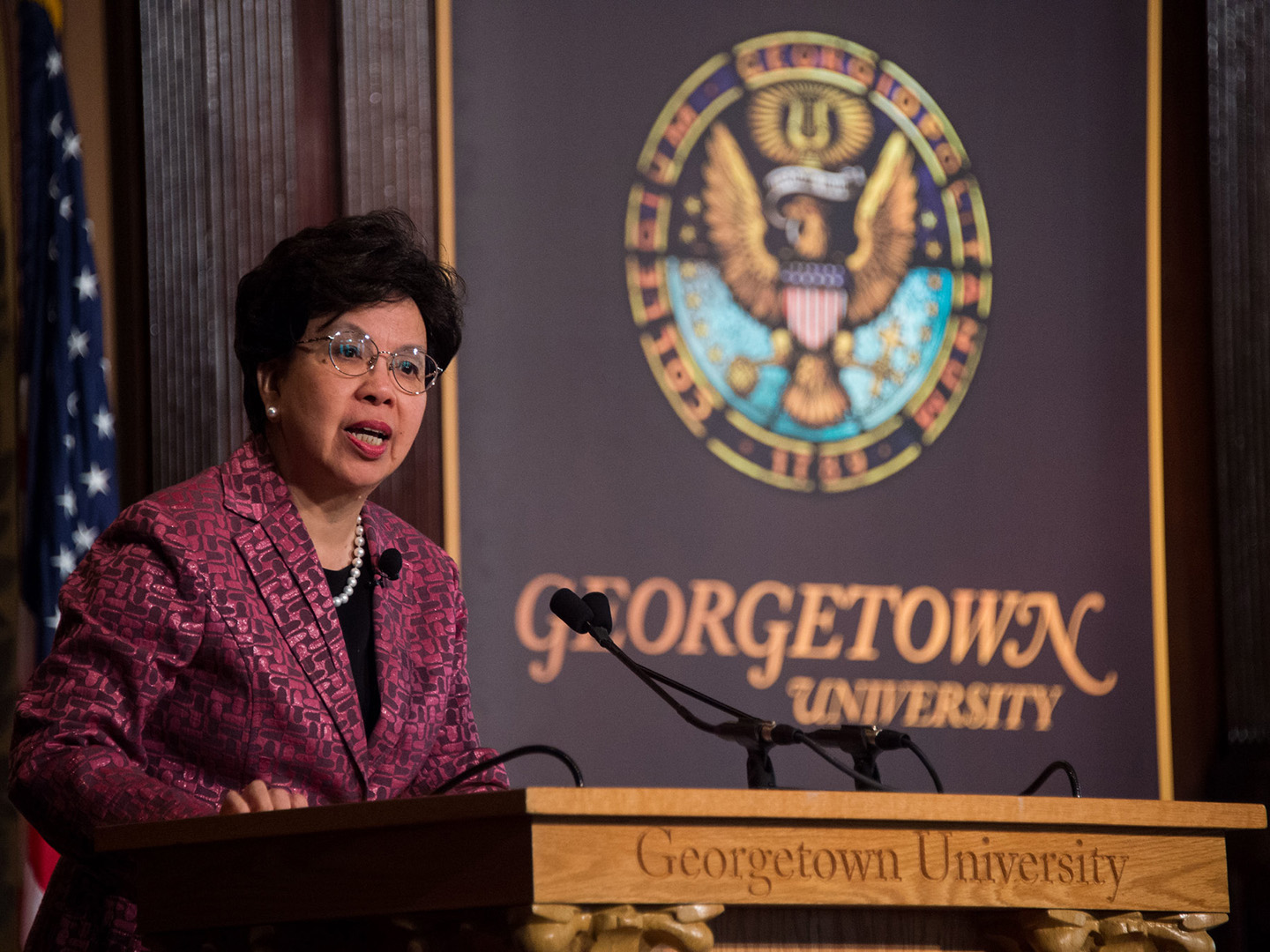 Sorry, the time period to RSVP to this event has ended. Please send any questions to:
global@georgetown.edu